Last year we were approached by Kieran who is training to swim the channel solo later this year! He has been using his local swimming pool, but was recommended that he uses a swim spa to get more from his training regime. Kieran has been coming to our showroom since November and has noticed a huge difference in his performance. We asked Kieran to write a few words about his experience with our Hydropool Swim Spa.

Just to let you know a little bit about myself, I’m a Level 1 Swim Teacher @ Cirencester Swimming Club, and am currently training for a solo swim across the English Channel later this summer.

I first started using the Swim Spa last November, after I’d become frustrated with the lack of lanes available in local swimming pools over the weekends. At best, I can squeeze in a two hour swim on a Saturday at my pool in Cirencester, but it tends to be very busy and the ‘stop-start’ nature of lane swimming doesn’t really help me with the sort of long distance training I’m looking to do. Following a plea on Facebook, I was introduced to Kate who generously offered me the use of the swim spa pool to train in.

Initially, I’d jump in the swim spa and happily churn out the miles without the need to turn or dodge ‘lane-blockers’!… I find that in the swim spa, I can really settle into a rhythm and swim at a consistent speed. Having done a number of endurance sets (4 x 30min sets as a minimum), it’s helped build & maintain my stamina over these difficult winter months of training. As most of my spring/summer training is done in the lakes at South Cerney or in the sea, being able to re-create those longer non-stop swim sessions has been really useful.

More recently, following a stroke analysis session I had from a swim coach, I’ve been able to incorporate more drills and technique sessions in the swim spa to help refine my stroke and make me more efficient. With the speed set to a slightly lower level than I’d usually swim at, I’ve been able to really focus on my technique… concentrating on my pull and putting in to practice all the tips I’d received from the coach. I’ve also taken advantage of some of the pre-set workouts to vary my training & incorporate some ‘sprints’ rather than just swim at a single pace.

At the beginning of the year I’d picked up a minor shoulder injury which meant I’ve cut back on speed and distance work (although that’s building up again thankfully!) however I did have a sort of ‘aqua fitness’ session in the pool, using it as an aquatic running machine and also carrying out some resistance training which wasn’t necessarily something I’d planned (or even considered as an option).

Another feature that appeals to me, but not necessarily to others, is that you can dial the temperature of the pool right down to 15 degrees! This is something I must have a chat to Kate about trying soon as from a purely selfish perspective, it would be great to do a couple of cool water sessions 😊 When I have used the pool, the temp has generally been in the low 20’s which makes it a bit cooler than most swimming pools but is preferable to feeling ‘poached’ as I sometimes do after a decent session in Ciren pool. I think you can ramp the temperature up to ~30 degrees should you want to though. 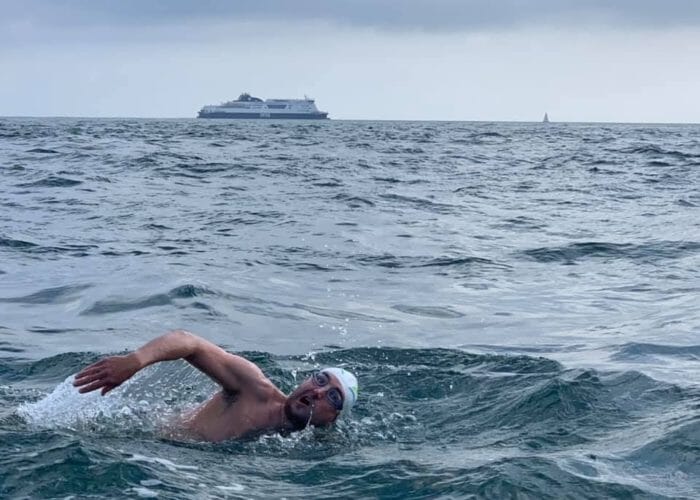 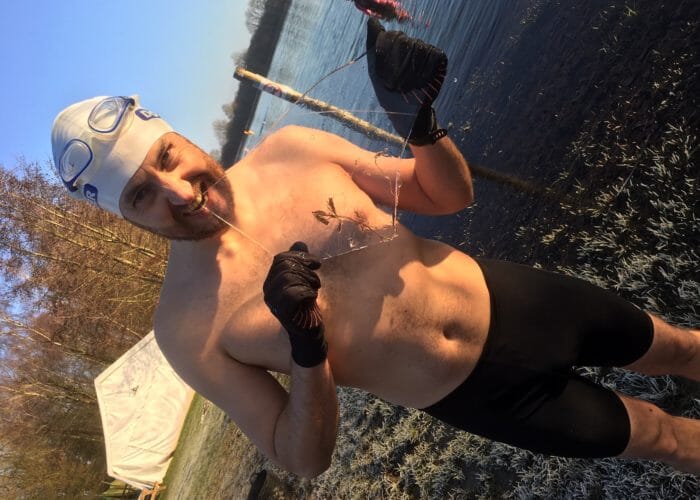 Posted on 02/03/202001/04/2022 by Simon Butland, in Swim Spas.
We use cookies – including third-party cookies – to collect information about how visitors use our websites. They help us to continually improve our website for a better experience, give you the best possible experience, and provide you with adverts in line with your interests. You can learn more about how we use cookies by reading our Cookie Policy
Accept All CookiesChoose Cookie SettingsReject Cookies
Manage consent

This website uses cookies to improve your experience while you navigate through the website. Out of these, the cookies that are categorized as necessary are stored on your browser as they are essential for the working of basic functionalities of the website. We also use third-party cookies that help us analyze and understand how you use this website. These cookies will be stored in your browser only with your consent. You also have the option to opt-out of these cookies. But opting out of some of these cookies may affect your browsing experience.
Necessary Always Enabled
Necessary cookies are absolutely essential for the website to function properly. These cookies ensure basic functionalities and security features of the website, anonymously.
Functional
Functional cookies help to perform certain functionalities like sharing the content of the website on social media platforms, collect feedbacks, and other third-party features.
Performance
Performance cookies are used to understand and analyze the key performance indexes of the website which helps in delivering a better user experience for the visitors.
Analytics
Analytical cookies are used to understand how visitors interact with the website. These cookies help provide information on metrics the number of visitors, bounce rate, traffic source, etc.
Advertisement
Advertisement cookies are used to provide visitors with relevant ads and marketing campaigns. These cookies track visitors across websites and collect information to provide customized ads.
Others
Other uncategorized cookies are those that are being analyzed and have not been classified into a category as yet.
SAVE & ACCEPT